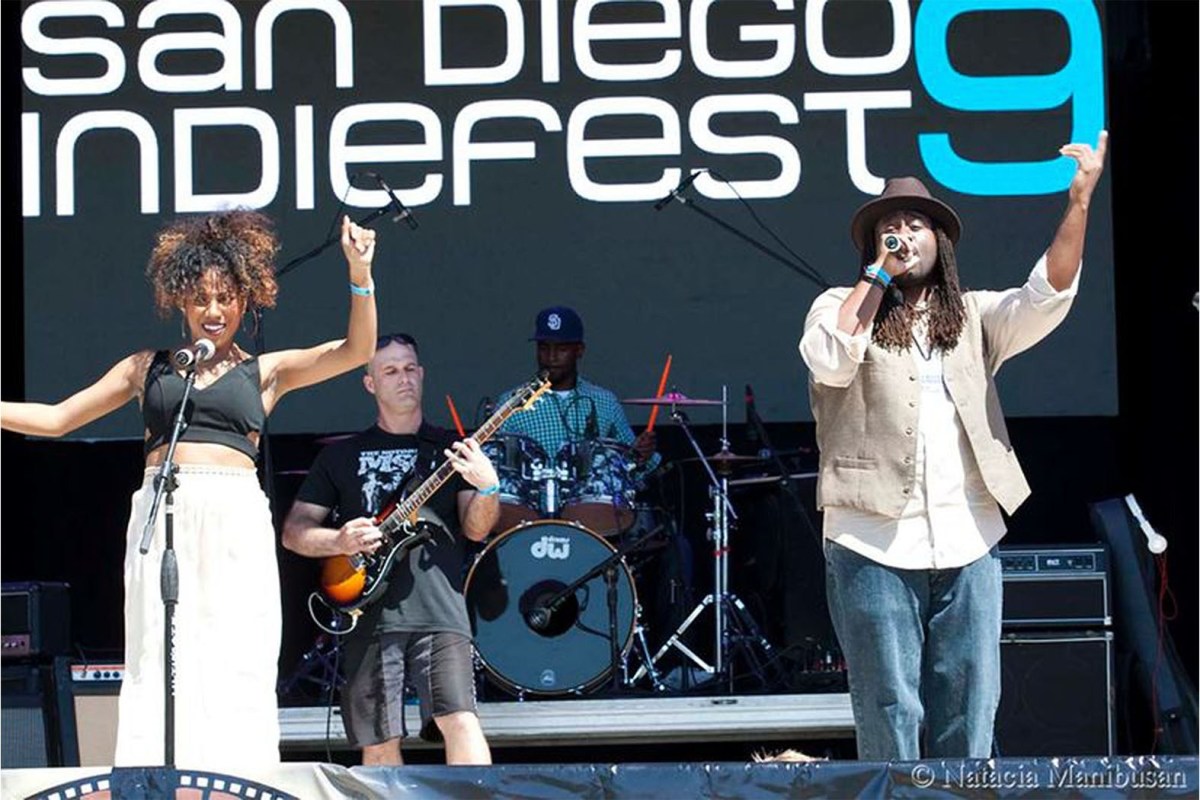 The 2011 event was very successful. However, although the new site at Liberty Station was six times the size of the previous one at North Park, the crowd size was almost equal to that of the past year and this posed a new challenge. Champion and LoPresti decided to take 2012 off to rethink and restructure the festival. They needed to adjust their plans to the now larger scale and to raise capital so that they could bring in more headlining talent, and that’s what they did. The eighth edition of San Diego IndieFest took place between August 16 to 18, 2013, at Liberty Station, three months after Danielle LoPresti finished her chemotherapy treatment for diffuse large B-cell non-Hodgkin lymphoma. The event featured a dual focus on film and all genres of music with the debut of electronic dance music. It was the first time that all acts were paid for their performances. Since the event was launched in 2004, one of the goals was to pay all the performers. In the first year, they managed to pay some, and a few more in the following years. In 2008, the recession made financial matters a little harder. So, the restructuring in 2012 was largely about bringing more talent to the show and making sure all of them got paid.

The San Diego IndieFest took a break in 2014, following the medical challenges posed by LoPresti’s illness. The 9th edition of the festival was held the following year on March 28 at City Heights. The 2015 event featured more than fifty solo and group acts on several stages, and an array of visual artists. Some of the acts on the lineup included RnB singer Paige Bryan, Venezuelan-born singer and actress Yeniffer Behrens, Rigoberto Gutierrez, and the New York buzz group Bear Hands. Homegrown acts from San Diego included Danielle LoPresti and the Masses (featuring IndieFest founders Alice Champion as a guitarist and LoPresti as a lead vocal), Dead Feather Moon, and Todo Mundo. The 2015 event was held at Officer Jeremy Henwood Memorial Park, near City Heights Public Library, in City Heights Urban Village. It was a collaboration between the founders and City Heights Community Development Corporation. The decision by the corporation to collaborate with IndieFest founders was driven by the desire to bring back an event that celebrates different cultures across City Heights. IndieFest was the ideal partner since diversity was an integral part of the festival. The designated the new event, The International Village Celebration, and the event would have an International Village Oasis.

What made the location in City Heights so exciting was the fact that it really entrenched IndieFest with its purpose, which is to bring different artists, people, and cultures together. The founders also did that in their previous events, but the locations weren’t as optimal as City heights (which sits right next door to the BMP headquarters). Ticket prices were $15 for general admission, $12 for seniors and students, and $40 for VIP passes, which included entry to a lounge in the International Village Oasis and a direct view to the stage. Film Screening, which had been a focal point of previous IndieFest editions, was suspended in 2015. The suspension was more because of the festival’s retrenchment and lack of an appropriate venue to show films than the loss of interest in the film segment. In 2015, the focus of the San Diego IndieFest was to establish a new location and create a solid foundation. The event was streamlined to 1 day, after being held for three days in 2013, when attendance plunged after years of steady growth since the event was launched.